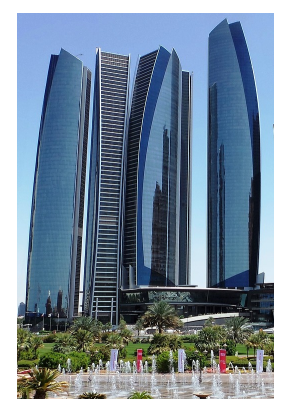 It has now obtained financial backing for an even bigger solar array: the 2GW Al Dhafra Solar PV project. The new array will be built 35km from Abu Dhabi city, entails 4 million bifacial solar panels and deliver electricity at an even lower price of 0.013US$/kWh.

Together the projects will deliver clean electricity for thousands of homes across the UAE, which otherwise generates electricity through burning gas, reducing the carbon footprint of the city.

The reduction in emissions is considered to be equivalent to removing 670,000 internal combustion engines vehicles from the road.

Also pushing technological barriers, is the project co-owned by Equinor and Moss Maritime, which will start a one year trial of floating solar in the rough waters of the North Sea from summer 2021.   The objective of the 80 square metres solar array is primarily to assess the panels’ resilience to weather conditions.  The power from the panels will enter the power grid on Frøya, a small island in Western Norway. Floating PV installations are relatively new, but there are many examples in calm waters such as reservoirs, and plans are afoot to install many more, for example the proposed 600 MW floating solar plant in India, part of the country’s potential 280 GW floating solar power generation capacity. 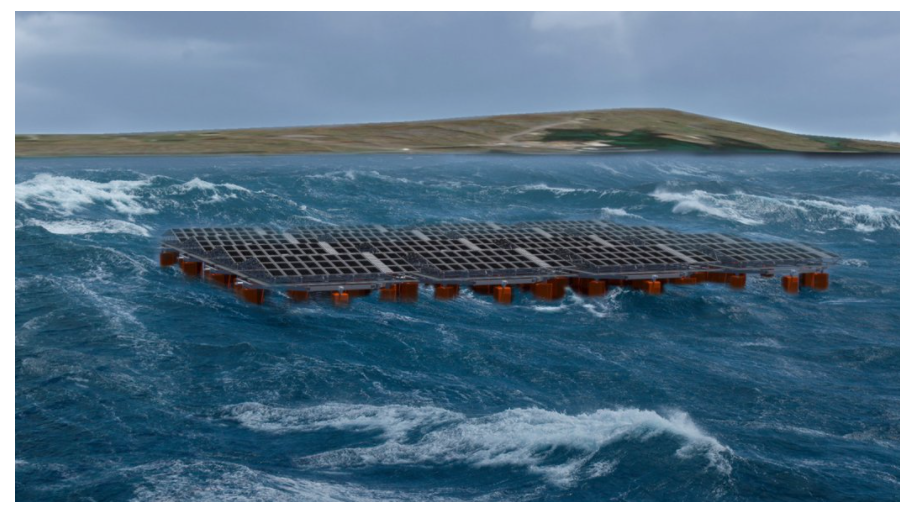 Aside from significantly reducing the amount of land needed, hosting PV on water is beneficial in that it reduces the problem of decreasing efficiency with higher temperatures. This is because the water help cools the immediate atmosphere through latent heat of vaporisation, which is particularly beneficial in hot climates.  By providing shading, and reducing the penetration of sunlight to the water, the panels help minimise water loss through evaporation and reduce algal blooms.  It’s a win-win situation!

The benefit of this temperature effect has been quantified by  researchers  at Utrecht University, who constructed mathematical models of both land based and offshore systems. Their simulations showed that the energy yield of both systems differs predominantly as a result of lower temperature: the sea-based system performs 12.96% better on average on an annual basis, and up to 18% higher in some months.

Rough waters are much more challenging aquatic environments however as the panels must be resilient to cope with storms, large waves, remain connected to cables and tethers to bring the electricity ashore, and survive the potential corrosion from guano, salty seawater and spray.  Hopefully a better understanding of the long-term effect of these harsh conditions will come from such demonstrator projects.

There have been a number of sea solar developments over the years.  The company Oceans of Energy claim to have been the first to successfully install the world’s first offshore solar farm, and is now operating two systems off the Dutch North Sea coast.

The company believe that floating solar could provide half of the energy demand of the Netherlands by only using 5% of the Dutch North Sea.  Further, by using the space between wind turbines in an offshore array, and combining forces with the Seaweed Company, the solar farm will also produce seaweed at scale.  In this multifunctional and efficient use of space, two important life necessities have been generated: clean energy and food. 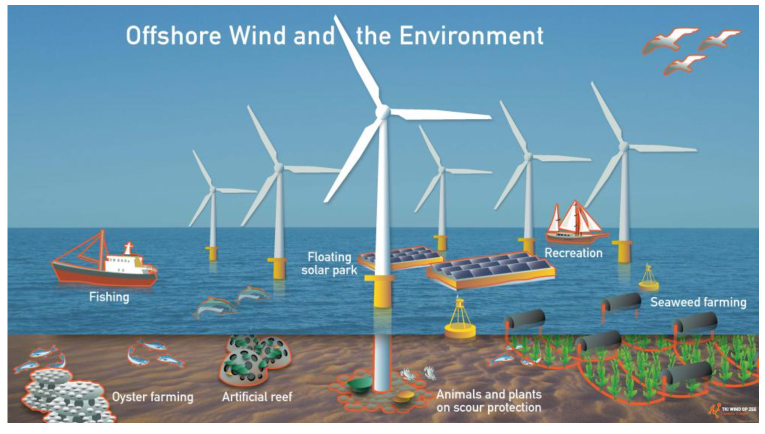 Seaweed itself is very nutritious for humans and animals, and can also be used in many applications such as bioplastics and edible casings, removing the need for oil derived plastics and packaging.

The demand for seaweed is increasing. Most global cultivated seaweed production originates from Asia:  European production is dominated by the harvest of wild seaweed which is unsustainable. Cultivating seaweed (or other seafoods), with solar, in a space already occupied by the offshore wind array, maximises the multifunctional and sustainable use of the sea in that location and reduces the pressure on wild seaweed and fish habitats.

The solar and seaweed farm is supported from the EU’s Horizon2020 UNITE project that seeks to install demonstrators to showcase multiple use examples of marine resources – be that joint activities, sharing the same space or infrastructure, in order to develop sustainable marine activities. 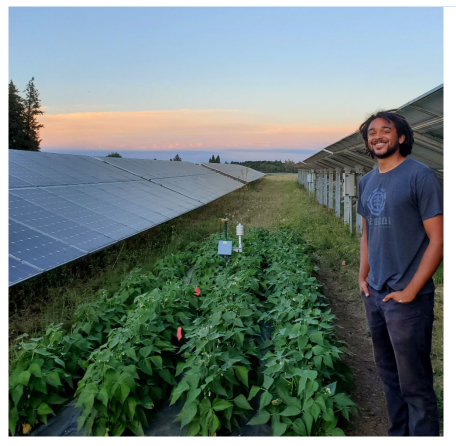 On land, the combination of agriculture and solar farms, termed ‘agrovoltaics’, is another good example of multifunctional and sustainable use of valuable land.

Researchers at Oregon State University found that co-developing land for both solar photovoltaic power and agriculture could provide 20% of total electricity generation in the United States with an investment of less than 1% of the annual U.S. budget.  This is in addition to benefits that align to Green New Deal goals such as reducing emissions, creating jobs, and supporting the economy of rural communities, while minimally impacting yield.

Greening Power Grids around the World

We start 2021 on a positive news that 2020 has been hailed as greenest year ever in terms of electricity generation in Great Britain. Data from the National Grid Electricity System Operator (ESO) has shown records for renewable generation and duration of coal-free periods. 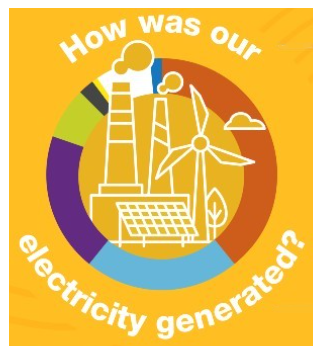 By 2025, the National Grid ESO wants to be operating a carbon free electricity system in the UK: a challenging goal despite the above successes.  To achieve this, as well as encouraging further renewable generation, the company is rolling out new ways to balance the grid, including widening participation though inertia contracts, flexibility, frequency response services including Dynamic Containment measures. 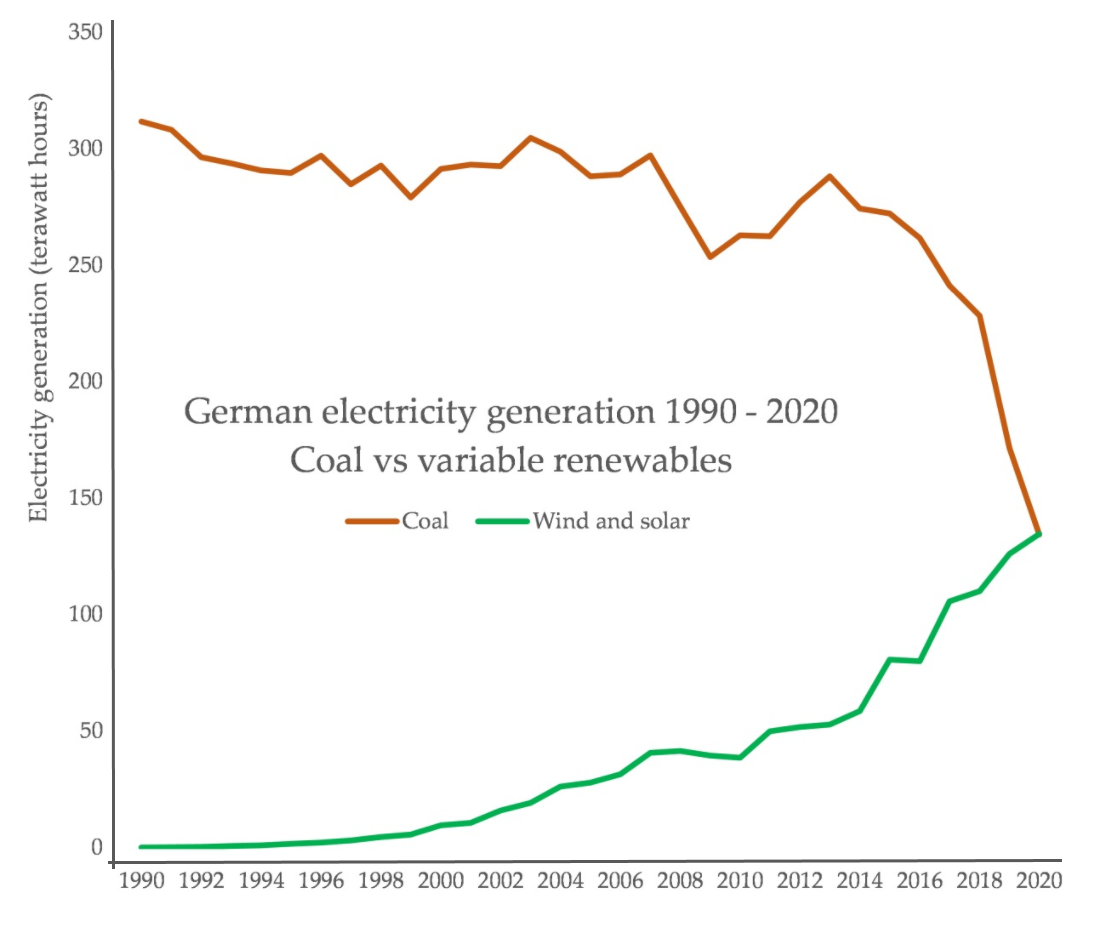 2020 was also a record year for renewables in Germany, comprising 46% of total electricity generation, an increase of 4% from 2019, largely driven by the increased wind capacity of 1,200 MW.  Much more needs to be done to achive its goals, such as generating 65% of electricity by renewables by 2030, but it is encouraging to see the use of coal decline, with wind power generating slightly more than the coal for the first time ever.

South Australia’s electricity supply has also been steadily decarbonising, with an average contribution of 59% from renewable energy sources over 2020.  A peak of 99.6% of electricity generated from solar and wind was experienced on 27th December!

2020 also saw wind power overtake coal as contributing more to electricity generation in Texas, US.  This state has been traditional renowned for its fossil fuels, but its renewables capacity has surged recently, with 95% of new generation capacity comprising more wind, solar and batteries.

It is worth taking a moment to absorb all this success and celebrate how far we have come.  These are wonderful achievements in a relatively short space of time.

However we cannot be complacent as decarbonising our electricity supply is the relatively easy goal; decarbonising transport and how we heat our homes will be more difficult to achieve.

The effect of climate change on renewable energy outputs

2020 was also, unfortunately, notable for climate change induced weather, being one of the three warmest years on record, with 2011-20 the warmest decade. The Met Office has reported that the UK has warmed by close to 1ºC, comparable to the global rise in average temperature, with periods of record-breaking rainfall, record dry and sunny periods, and heatwaves.

The impact of climate change on energy demand is becoming clear, including increased demand for cooling. How might climate change affect the expected energy supply from renewables in the future?

The largest impact is increased availability of bioenergy, to due enhanced growing conditions and increased atmospheric CO2 concentration.
Impacts on hydropower and wind energy are varied, with declines in some regions and increases in others; impacts on solar are minor. The energy system response is similar in a future mitigation scenario, but with smaller impacts. A similar study was undertaken by researchers examining utility-scale solar photovoltaic and wind power generation over Australia. They used different climate projections to examine the impact of key weather variables such as temperature, surface solar irradiance, and wind speed for two locations over the period 1980–2060.

They found that the impact of climate change on annual solar and wind power generation is small (~0.1% average production per decade).  The impact of hot weather was more significant however. During peak temperature days (which coincided with peak energy demand and peak prices), solar power production was down by 0.5% to 1.1%, and wind farm production decreased between 1.6% to 3% per decade.  Different locations may experience greater losses.

Earlier this month, a contract covering the production sale of geothermal electricity was signed in the UK for the first time ever.  This will operate by generating steam from hot rocks, 3 miles below Cornwall to produce a minimum of 3MW of base-load electricity distributed via the National Grid.

In this instance the existing renewable heat is being used to generate electricity.  Decarbonising the production of space heat is different, and is a major challenge we face on the road to Net Zero.

As Maxine Frerk writes, the problem of tackling heat in homes is difficult because it involves people in their living (and now working!) spaces.  A much better understanding is needed of people’s desires, needs and expectations – and how zero carbon heating could provide a better experience – to advise people about such technologies, and persuade them to retrofit their home, or demand a new home supplied with renewable heat.

One way to do this is through low and zero carbon heat networks.  Heat networks currently account for a very small proportion of the UK heating systems, but could be used to exploit larger scale renewable and recovered heat sources that otherwise cannot be used. 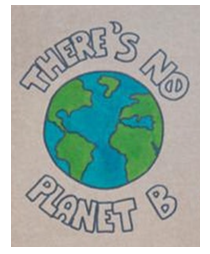 You may be interested in the free CIBSE 1 hour webinar on Thursday 21 Jan 12-1pm, to find out more about heat networks, examples of current best practice and implementation, and government support for heat networks.

An example of the recovery of what otherwise would be waste heat is that from sewage and wastewater, which would other literally go down the drain.  The Stirling Low Carbon Heat Project, a partnership between Scottish Water Horizons and Stirling Council, has successfully recovered heat from Stirling Waste water Treatment Works. This sustainable low carbon heat is delivered to the local community via a district heating network, providing heat, hot water and also cooling.  This is the first project in the UK to harness heat from wastewater to heat public buildings, and will save carbon emissions equivalent to 10% of Stirling’s footprint. 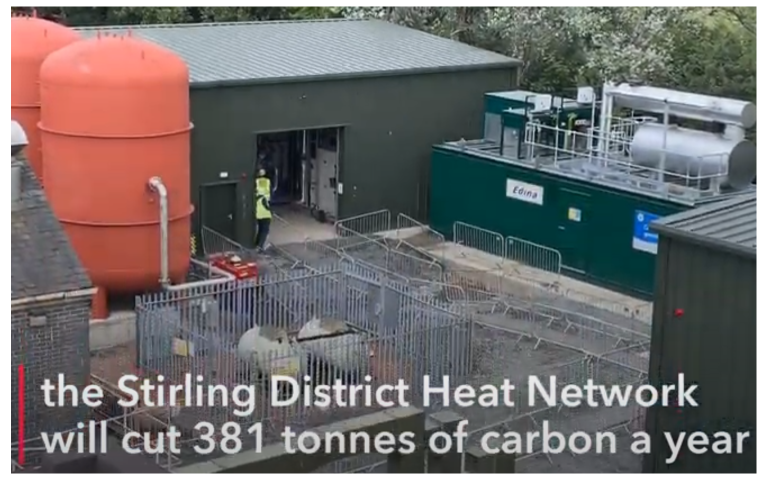 Above: a snapshot of the video describing the use of heat from wastewater  in the Stirling District Heat Network. 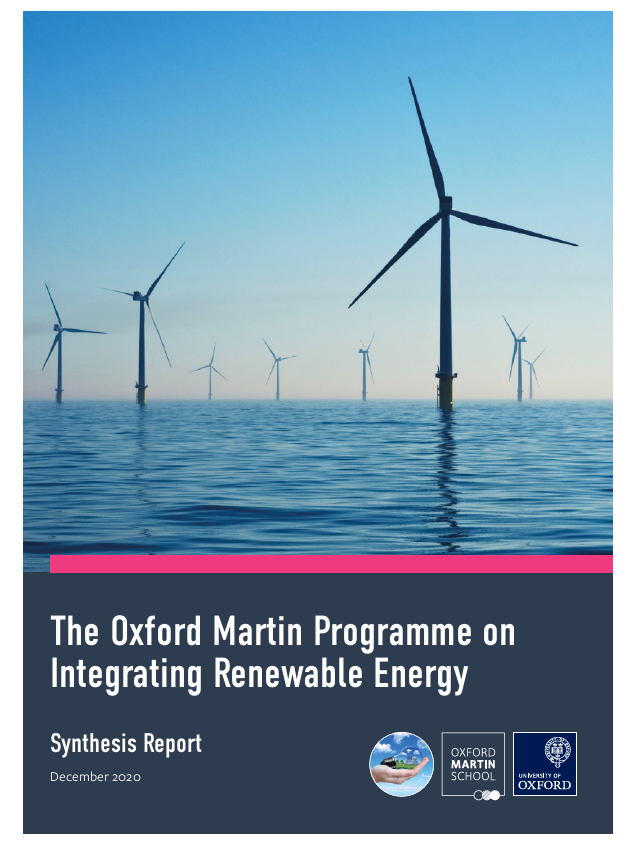 “What a nice, easy to read, informative report” said one reader of the Synthesis Report.

The Report is written for non-specialists and draws together key findings across this multidisciplinary programme, showcasing the work and research undertaken, and giving links to where more information and resources can be found.

You can read it online here.